Elizabeth’s side of the story:

And we have officially passed the half way mark of 2017! Where has the time gone and more importantly, what have you done with the time given to you? 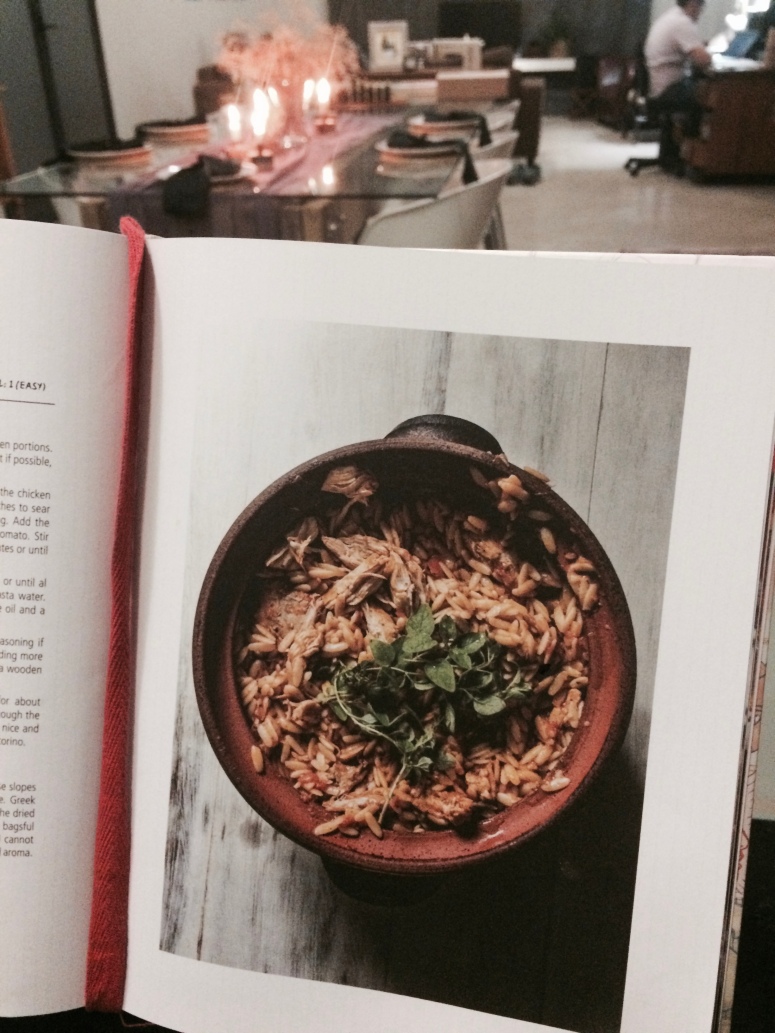 I wouldn’t have guessed if you had told me in January, when we decided to begin this little adventure that remembering one date a month would be troublesome. But here we have it. I have reminded my darling big sister about the dates we cooking/baking so many times this year that I’m not certain why I didn’t think that she would need a quick reminder this time. “ Fooled me once, shame on you. Fooled me twice, shame on me.” So, it appears I would be the fool. 😉

The main ingredient in our recipe this month was orzo; rice pasta. I had half of what I needed in my pantry cupboard but after searching high and low, couldn’t find this ingredient anywhere. At this point I messaged Ingrid saying I had a bit of a predicament for our blog meal and that I would have to compromise.

15 minutes later, Ingrid called and laughed very sheepishly… The thing is, I know that laugh

and could immediately tell that she had completely forgotten we were doing a blog meal. If Life itself wasn’t good enough at reminding us that it’s unpredictable and that days can become whirlwinds, then our blog meals have been that reminder on numerous occasions this year. 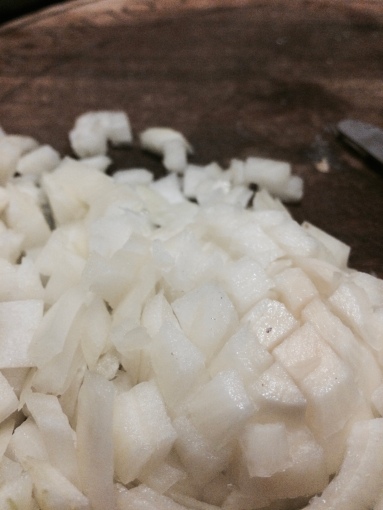 The chicken requires marinating which my husband kindly helped me with as I had been in Durban for the day. The marinade is easy and just required that the ingredients be combined and poured over the chicken. 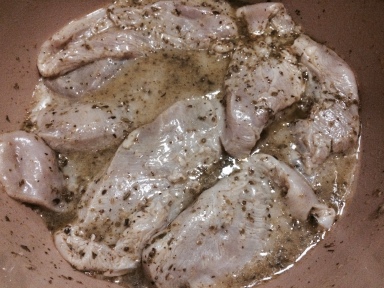 The chicken cooks for 10-15min and then a further 20 minutes in the sauce. The orzo gets added to the chicken and sauce once it is al dente.

The crunchies on the other hand were quick. I did find that once the butter and honey were added to the dry ingredients that it was still too dry and thus needed a little more butter and honey. The rest was straight forward and simple.

I am a big fan of pizza and pasta and although this meal is not inspired by italian roots, it certainly provided the same comfort level. It was also easy and quick after a very jam packed day. I didn’t think that I would battle to find the rice as I did, but generally the ingredients are readily available. 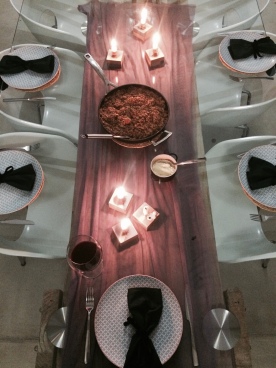 I was excited to try these crunchies. The ingredients called for the use of honey instead of syrup. I expected it to taste very different to the usual crunchies. Surprisingly, the taste wasn’t very different at all.

The perfect addition to this meal was that my parents enjoyed it with us ( two months in a row!!).

I had most of what this meal needed with just a few staples that I needed. 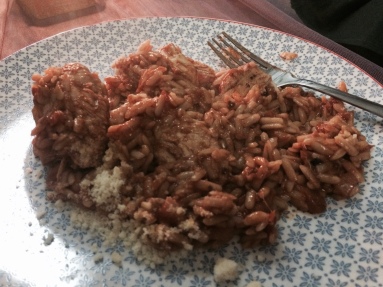 I pride myself on having an exception memory. I am known for having an exceptional memory – but for some unknown reason, this venture of cooking the same meal on the same designated day, somehow escapes my mind altogether. Lizzy chose the meal, and we agreed upon a day . . . . . and then on Tuesday, literally while I am lighting the coals for a braai (BBQ) I listen to a voice message from Lizzy saying something about not being able to find Orzo pasta . . . . .and from somewhere far in the very back of my mind, a penny drops! Again!

Lizzy was ready to disown me, or at least give up on this venture – but after some gentle pleading and humungous apologies – she agreed to giving me yet another chance.

So on Wednesday (merely one day late) between drum lessons, hair cuts, cricket matches and an end of seasons party – I managed to marinade my chicken and cook my meal! 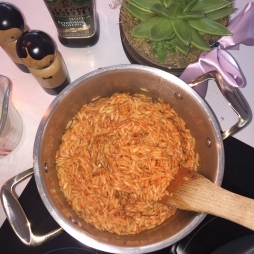 I actually really liked this meal. However, my husband (who is the least fussy person around) isn’t a huge fan of tomotoes, and this is a very tomotoe based meal. Together with the lemon flavoured marinade, it is a rather sour taste?

The crunchies were good, as far as crunchies go. I am not a huge fan of crunchie, primarily because the first time I remember my mom ever telling me she was going to make crunchies, I waited in anticipation for honeycomb covered chocolate and could not have been any more disappointed. Ever since then, they ave always seemed like a poor substitute for the real deal. But the kids enjoyed them ad they were ever so simple to make.

I had most ingredients at home, including my chicken breasts, so this was a relatively cheap meal for my family. I also halved the ingredients as it said “Feeds 8” and we were only 4. It was more than enough for our family. So I just needed to buy Orzo, Pecorino and fresh oregano. 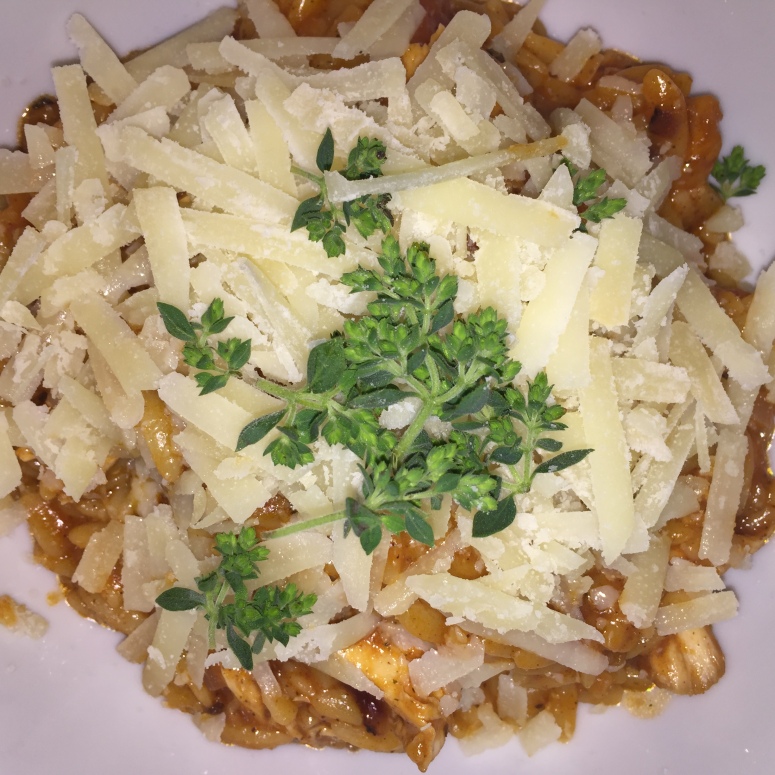